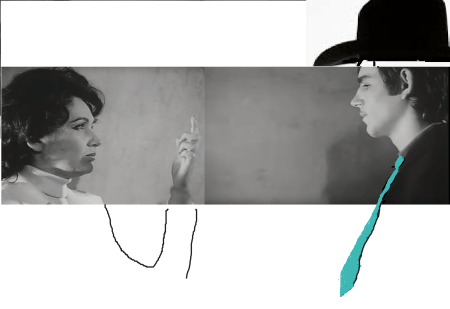 I sent my dear friend (and esteemed colleague ) Hugo Moss a link to the last post in Messenger and his most acute response has prompted this second post.

Hugo: … it’s a lovely piece … heartfelt and so moving – and we will certainly forgive you your enthusiasm-driven sweeping statement. If I were to make a criticism it is that you don’t actually make the case for the statement, since all the things you declare as the things you love about Tarkovsky don’t in themselves add up to “most important artist of the 20 century in any medium”. That’s not to say I don’t accept your opinion, but you don’t allow me the chance to agree with you …

Niranjan: Oh I see what you mean. In a way, that is the idea … I did not want to try to prove the unprovable …  it is after all hyperbole … but partly, I did not develop the arguments that I promised, or alluded to, due to haste and brevity … time and space … or lack there of!

Hugo: Yes but you state you’re going to justify it …

Niranjan: Ah yes … I see that is indeed an overstatement … I will go back and remove that claim … what I should say is just that I will contextualize it. But now that you have asked me … I will elaborate on my justification a little and make another post of it!

The main tenet of my belief or criteria for my claim is that film is the  20th Century medium. The other mediums – painting, sculpture, literature, theatre and the like are old and therefore had necessarily become decadent by the end of the 19th Century (by decadent I mean fully matured and ripened, redolent in idiom as well as intrinsic syntax and grammars). Film was new-born at the dawn of the 20th Century and youthful at mid-century, and  just beginning to mature in the 1960s. Any artist not practicing his art in the film medium misses, in my estimation, and by default, the right to be considered the greatest artist of this time. And Andrei, according to Bergman, himself a serious contender for the title, is the greatest in the film medium!

The second criteria stems from my belief about the nature of art. Art is – the search for universal truths or the TRUTH, so to speak. In deployment of the aesthetic in the service of this inquiry, Andrei excels. I suggest that in this endeavor, he has no betters and only few peers in any medium.

The third criteria stems from my belief about the purpose of art … While art is a search for the aforementioned TRUTH, it must pursue this search in a manner that provides succor for the human condition … This I believe Andrei’s works provide for those who take the time and effort to penetrate their ethos and who, in turn, let it permeate them. Indeed this is what his films offer the viewer … even if they offer nothing else.

These three points were latent in the previous post … implied but not developed …  your friendly challenge seems to have brought them into sharper focus for me. Now you have the possibility of agreeing … at least with my criteria for a justification of my sweeping claim!