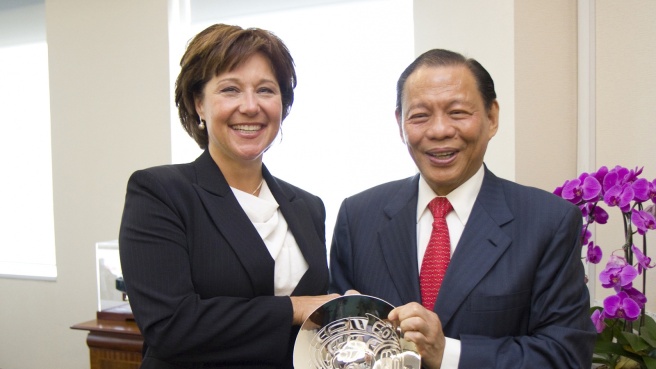 According to Gordon Hoekstra of the Vancouver Sun, following the PETRONAS decision not to build their LNG terminal on LELU Island there are now only three such projects that might still complete –

• LNG Canada in Kitimat, an up-to-$40 billion project led by Shell is undergoing a review and cost cutting exercise and the final investment decision on constructing a facility is yet to be made.

• Kitimat LNG, a $3.5-billion joint venture between Chevron and Australian company Woodside, is re-evaluating its project to drive down costs and is also yet to make its final investment decision..

• Woodfibre LNG is a $1.6-billion project near Squamish, owned by Singapore-based Royal Golden Eagle Pte. Ltd.  which is in turn owned by Indonesian billionaire Sukanto Tanoto, has already received a 40 year permit and has made the decision to build their plant but cost cutting exercises are ongoing and construction start dat has not been announced.

These are the remaining possibilities of the 19 LNG export terminals that Christie Clark’s Liberal government were hoping to realize as part of their push for an LNG industry in BC. As British Columbia moves forward under the new NDP/Green coalition government, the relatively small, Woodfibre LNG project is exemplifies the deep concerns about possible environmental scenarios that might emerge as the Provincial and Federal Governments build relationships and make commitments to foreign corporate players.  In a National Observer article published before the project received its approval, Mychaylo Prystupa questioned Sukanto Tanoto’s environmental and business record. In connection with this allegedly poor record, Mychaylo cited the Mayor of Squamish, Patricia Heintzman as saying, “It’s difficult for the community to have trust that this person will not cut corners or be disrespectful to our environment.”

Before scrutinizing our foreign investors credentials, British Columbians would do well to review BC Liberals lobbying and fundraising regime which raised almost $8 million coming from corporations in 2016 alone and has earned our province the reputation of being the Wild West of political finance. The question, in what might be called the post-Liberal/LNG era, is not so much WHO gave HOW MUCH to secure WHAT project, but how quickly the new NDP/Green government will act on the promise to reorder this money/politics infrastructure and move on to a more electorate oriented political economy.

One thought on “BC LNG After PETRONAS”