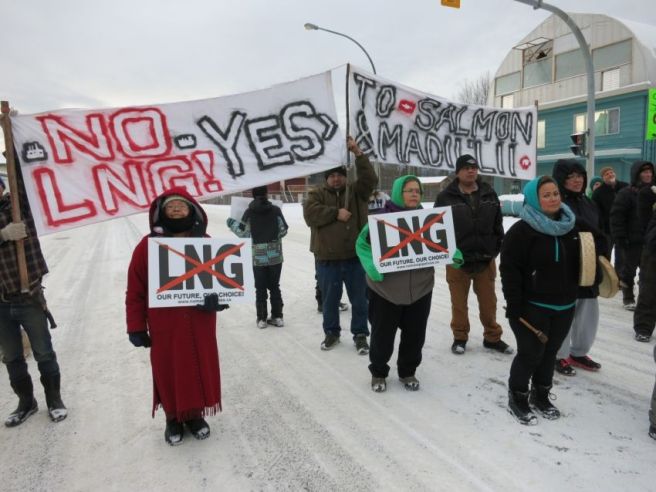 Members of the Gitxsan First Nation who are opposed to pipeline development are outraged that nine of their unelected hereditary chiefs are working  with the province to develop a natural gas pipeline to the Northern Coast of BC. This pipeline will deliver the supply of gas that will enable Pacific NorthWest LNG to realize its project on Lelu Island. While some in the community may approve, there  are detractors who see in this cooperation a complicity with oppression and a betrayal of native interests. The proposed 900-kilometre pipeline will connect Hudson’s Hope to Lelu Island. Chief Gordon Sebastian, one of the consenting Gitxsan chief,  said that they consented to the engagement  based on strict conditions and under the jurisdiction of Gitxisan law. Still, as the CBC correctly notes, some of the uncertainty in the community stems from “the complex leadership system of the Gitxsan, which involves dozens of hereditary chiefs and multiple house leaders, as well as elected officials.” Indeed, it is this ‘complexity’ that characterizes, nay defines, the relationship of Canada  with the many indegenous nations that are struggling to reclaim some semblance of autonomy and justice within the greater nation state.